As far as cat scans go, it was pretty low-tech. But, it was accurate.Janet Batten was perplexed when her 13-pound orange and white tabby took a sudden and persistent interest in her head.
The Toms Brook resident and her husband Charles had gotten Noah, the 8 1⁄2-year-old cat, from a neighbor when he was just a kitten.


"Noah stays out in my little hobby shop," said Batten, 73.
The feline likes to sit on her desk when she uses the computer, she said.
"He was constantly smelling my head on the right side, in the front, and in my eye and in my nose," Batten said. "Sometimes he would really push to get into my head.
"He would do that and then he would sit back and he would give me a look that I had never seen before. After a while, I began to ask him, 'Is there something wrong up there?' He would just make this sound that I had never heard before. I began to get very suspicious."
Batten started having trouble with her eye, and visited her primary care doctor and then an opthamologist, and nothing was found.
Last August, about six months after Noah's strange behavior began, Batten suffered a mini-stroke and atrial fibrillation, an irregular heartbeat. A CT scan revealed she had a brain aneurysm.
"So, I now have platinum wire in my head," Batten said. "Noah doesn't bother [me] anymore. He was trying to tell me that something's wrong up there."

Noah's diagnostic skills were recognized Feb. 25 when he was awarded the Animal Hero Award at the Virginia Veterinary Conference at the Hotel Roanoke.
He was nominated by Dr. Bruce Coston.
Coston said Batten shared the story with him when she brought Noah in for vaccines at his practice, Seven Bends Veterinary Hospital.
When he was on the board of the Virginia Veterinary Medical Association, Coston suggested giving out animal awards after having seen a similar citation in South Carolina.
"Most of the time, these are dogs," he said. "Because Noah the cat had been alerting his mom that something was wrong...she was aggressive in seeking treatment."

Besides some extra treats, Noah's only reward is knowing he helped his owner.
Batten offered some advice to other animal lovers.
"I would hope that other pet owners pay attention when their animals are trying to tell them something," she said. 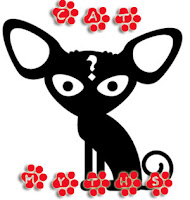 Declawing is  more than simply removing the cat's claws, the last bone on the cat's claw is amputated. This is an excruciatingly painful procedure & one which not all cats will fully recover from. Many declawed cats are surrendered to shelters because of behavioural problems they developed after being declawed including biting & refusal to use their litter tray.
Cats by nature walk on their toes, so after they've been declawed, walking often becomes extremely painful to them.
If you are worried about your cat scratching the furniture (or your family) you can try trimming your cat's claws or you could put Soft Paws on it.

Cat fur causes allergies
The primary cause of allergic reactions to cats is caused by allergens found in the cat sebaceous glands in the cat's skin, such as the allergenic glycoprotein called Fel D1(short for "Felis domesticus"), it is also secreted via saliva in lesser quantities. When cats lick themselves, they spread this protein, which is rather sticky, and glues itself onto dust particles, the home, your clothing and their fur; whether it's long, short, straight, curly, or absent. As all cats have sebaceous glands, all cat breeds can potentially cause allergies. Allergic allergens are also found in the faeces, serum, urine, mucous, dander, and hair roots of the cat.

Cats will not mate with their siblings/parents/offspring
Cats do not share the same taboos about incest as humans do. If left entire, closely related cats including brother & sister, parent to offspring will mate. It is advisable to desex your cats before 6 months to prevent this from happening.

All calico (tortoiseshell) cats are female
No, while the vast majority of calico cats are female, there is the occasional male. However, virtually all of these males are sterile. the calico colour is sex linked. For a cat to be calico it must have two X chromosomes ergo the cat is female. In rare instances however a male calico will be produced. This usually happens because the cat has an extra chromosome. So, instead of him being XY, he is XXY. These cats are known as Kleinfelter males.
Approximately 1-3,000 calico's are male & out of those only 1-10,000 are fertile.

Annie Tang
Hong Kong
A cat's eyes are windows enabling us to see into another world.